By small business perth on October 8, 2015 in Industrial and Mining, Professional Services 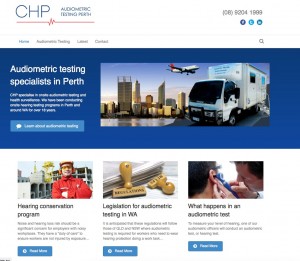 CHP Audiometric Testing Perth are providers of comprehensive accredited audiometric testing and hearing conservation services throughout Australia. They have the capacity to conduct audiometric testing on work sites with the use of their mobile facilities, and offer a FIFO service for remote sites. They also have Audiometric Clinics situated locally in Perth. This flexibility in service results in a cost effective means to have  all your audiometric testing needs provided for.

Onsite hearing testing programs have been conducted in Perth and around WA by CHP for over 18 years, making CHP the specialists in onsite audiometric testing and health surveillance.

New WHS regulations are being proposed and there is anticipation that audiometric testing will be legislatively required every 2 years in Western Australia and thus likely have a significant impact on many industries.

With their mobile facilities, CHP has the capacity to conduct audiometric testing on your work site.

The CHP managed hearing testing program meets AS/NZS 1269 standards, and can include hearing conservation education, ear plug fit testing, and be on your site, calibrate an environment and test same day on a fly-in, fly-out basis.

CHP specialising in same day fly-in, fly-out audiometric testing services, making it easy for mine sites and remote work locations to receive the required tests. If an audio booth is not present onsite, their Noise Officers can calibrate a quiet room to WorkCover standards and conduct onsite audiometric testing from that room on the same day.

Many sites including construction project camp sites and mine sites have been previously tested by CHP.

CHP has a dedicated website, visit it to find out more: Audiometric Testing Perth.